Fighting Back against the Stigma of Addiction 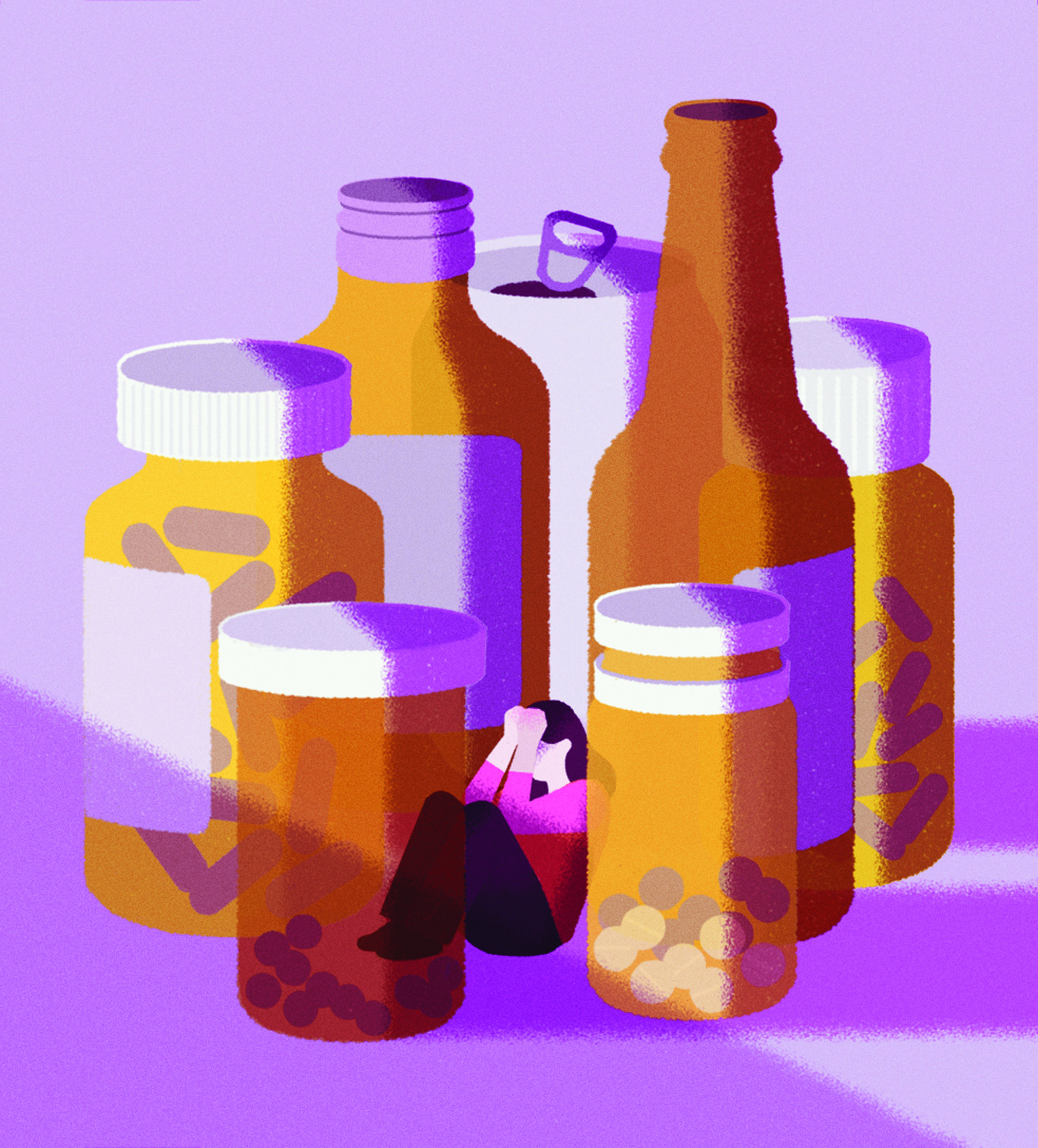 Credit: María Hergueta Untreated drug and alcohol use contributes to tens of thousands of deaths every year and affects the lives of many more people. We have effective treatments, including medications for opioid and alcohol use disorders, that could prevent a significant number of these deaths, but they are

Untreated drug and alcohol use contributes to tens of thousands of deaths every year and affects the lives of many more people. We have effective treatments, including medications for opioid and alcohol use disorders, that could prevent a significant number of these deaths, but they are not being utilized widely enough, and people who could benefit often do not even seek them out. One important reason is the stigma around those with addiction.

Stigma is a problem for people with health conditions ranging from cancer and HIV to a variety of mental illnesses, but it is especially powerful in the context of substance use disorders. Even though medicine long ago reached the consensus that addiction is a complex brain disorder, those with addiction continue to be blamed for their condition. The public, as well as many people working in health care and in the justice system, continues to view addiction as a result of moral weakness and flawed character.

Stigma on the part of health care providers who see patients' drug or alcohol problems as their own fault can lead to substandard care or even to the rejection of individuals seeking treatment. Staff in emergency departments, for instance, may be dismissive of addicted people because they do not view treating drug problems as part of their job. As a result, those showing signs of acute intoxication or withdrawal symptoms are sometimes expelled from the ER by staff who are fearful of their behavior or who assume they are only seeking drugs. People with addiction can internalize this stigma, feeling shame and refusing to seek treatment.

During a visit to Puerto Rico several years ago, I visited a “shooting gallery”—a makeshift injection site—in San Juan, where I met a man who was injecting heroin into his leg. It was severely infected, and I urged him to visit an ER, but he had been treated horribly on previous occasions and preferred risking his life, or probable amputation, to the prospect of repeating his humiliation.

Beyond just impeding the provision or seeking of care, stigma may actually drive addicted people to continue using drugs. Research by Marco Venniro of the National Institute on Drug Abuse has shown that drug-dependent rodents choose social interaction over the drug when given the choice, but when the social choice is punished, the animals revert to drug use. Humans, too, are social beings, and some of us respond to both social and physical punishments by turning to substances to alleviate our pain. The humiliating rejection experienced by those who are stigmatized for their drug use acts as a powerful social punishment, driving them to continue and perhaps intensify their drug taking.

The stigmatization of people with substance use disorders may be even more problematic in the current COVID-19 crisis. In addition to the greater risk associated with homelessness and with drug use itself, the legitimate fear around contagion may mean that bystanders or even first responders will be reluctant to administer lifesaving naloxone to people who have overdosed. And there is a danger that overtaxed hospitals will pass over those with obvious drug problems when making difficult decisions about where to direct limited personnel and resources.

Alleviating stigma is not easy, in part because the rejection of people with addiction or mental illness arises from unease over their violations of social norms. Even health care workers may be at a loss as to how to interact with someone acting threateningly because of withdrawal or because of the effects of certain drugs (for example, PCP) if they have not received training in caring for people with substance use disorders. It is crucial that health care personnel, from staff in emergency departments to physicians, nurses and physician assistants, be trained in caring competently for people with substance use disorders. Treating patients with dignity and compassion is the first step.

There must be wider recognition that susceptibility to the brain changes in addiction is substantially influenced by factors outside an individual's control, such as genetics and the environment in which one is born and raised, and that medical care is often necessary to facilitate recovery as well as to avert the worst outcomes, such as overdose. When people with addiction are stigmatized and rejected, especially by those in health care, it only contributes to the vicious cycle that makes their disease so entrenched.

This article was originally published with the title "The Stigma of Addiction" in Scientific American 323, 3, 10 (September 2020)