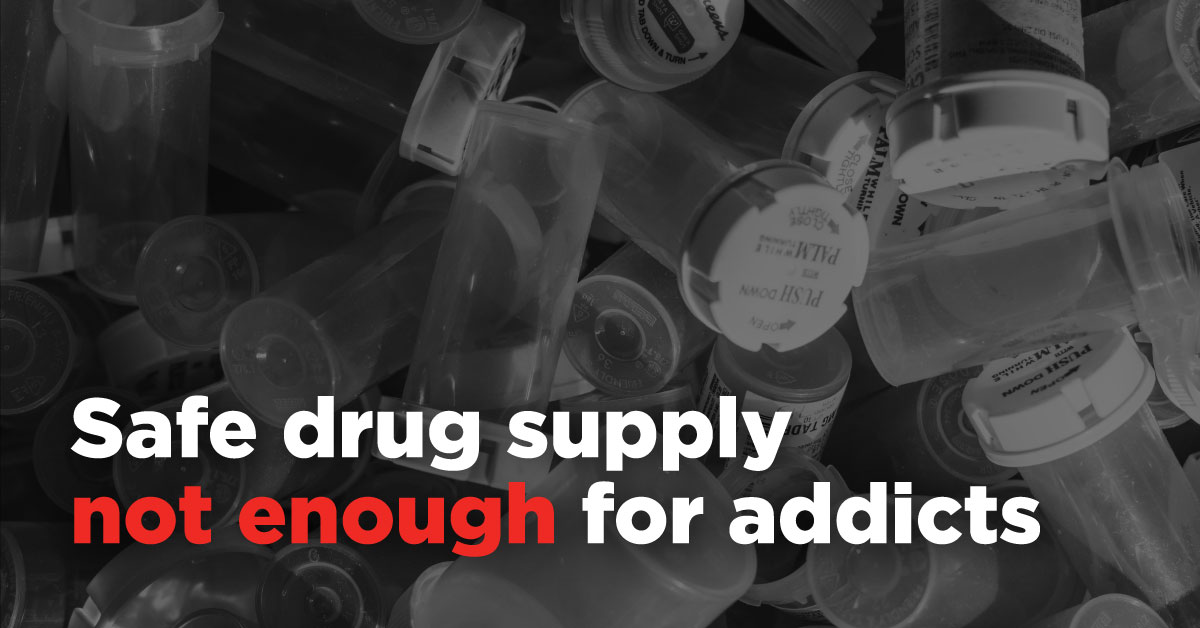 Despite the new provincial guidelines issued in March that allowed physicians more freedom to prescribe opiates and other substances to individuals struggling with addiction, drug testers in B.C. have been reporting higher concentrations of fentanyl and tranquilizes in the province’s illicit drug supply. In order to qualify for the

Despite the new provincial guidelines issued in March that allowed physicians more freedom to prescribe opiates and other substances to individuals struggling with addiction, drug testers in B.C. have been reporting higher concentrations of fentanyl and tranquilizes in the province’s illicit drug supply.

In order to qualify for the opioid-containing medication, which is covered by B.C’s Pharmacare plan, patients are required to qualify as being at risk of becoming infected with COVID-19, overdosing or going through withdrawal. These changes to the guidelines were made amid arising concerns regarding the disruption of the drug supply by the ongoing pandemic, as well as to facilitate the self-isolation of at-risk individuals.

According to B.C. health experts, the street drugs have become increasingly more deadly in recent months. In June, 175 people died due to drug-related overdoses in the province, which constituted the highest number of overdoses in a single month since B.C. had started to track them. Similarly, there were 171 overdose-deaths in the province in May.

Moreover, B.C.’s Coroners Service has reported that fentanyl has been detected in more than 80% of drug overdoses resulting in death, and that the results of toxicology tests between April and June have detected an increase in the number of deaths where “extreme fentanyl concentrations” were found in the bloodstream.

In his interview with CBC News, Allen Custance, a technician and harm reduction worker with the organization Get Your Drugs Tested, said that he typically sees samples of drugs that are powerful depressants and can include a combination of fentanyl, heroin and other dangerous substances. Custance reported that he typically sees fentanyl concentrations between 5-10%, but in recent months, he has been seeing concentrations of up to 20-30% fentanyl.

“To most people, that is enough to overdose — even a seasoned user with a higher tolerance,” he said. In addition to fentanyl, he has come across drugs that contain benzodiazepines, which are tranquilizer drugs that depress the central nervous system.

Due to the worsening overdose crisis during the global COVID-19 pandemic, B.C. has introduced a number of measures, such as providing safe supply and moving individuals living in tent encampments into hotels. However, some health experts, including B.C.’s premier, John Horgan, and the head of the Canadian Association of Chiefs of Police, have been calling for drug decriminalization.

“[COVID-19] has really shone a light on a lot of the inequities that we have in society and a lot of what hasn’t been working in public health,” Dr. Bruce Wallace, an associate professor and scientist with the Canadian Institute for Substance Use Research, told CBC News. Although the safe supply guidelines are considered to be a significant step to reducing harms associated with illicit drug use during the COVID-19 pandemic in B.C., according to some critics, there are still widespread challenges to be faced.